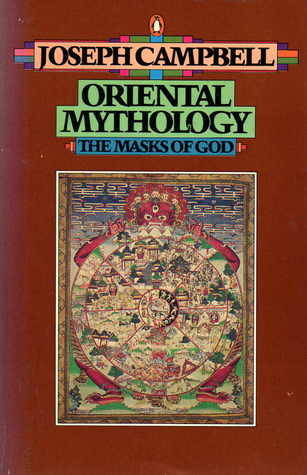 Mythic Eternalization is a psychological and spiritual term introduced by Joseph Campbell. For Campbell, humanity’s beliefs about how the ego relates to God (or gods) takes different forms throughout world religions.

So far I have covered three of these modalities:

Campbell is to be praised for trying to delineate different types of psychological and religious experiences, but since he himself was not a mystic, it seems his analysis of mythic eternalization gets a bit muddled and from my perspective, falls short.¹

In discussing mythic eternalization, Campbell gives the example of an Indian yogi who strives to become one with the Godhead. This differs, he says, from mythic identification because the ego does not merely identify with an immortal deity. With mythic externalization, the ego allegedly disappears because the center of consciousness shifts from the personal to the ultimate. In the Indian philosophy of Advaita Vedanta, this shift is described as becoming aware of the atman as consciousness inseparable from the brahman. Scholars call this outlook monism, an approach championed by Sankara.²

The depth psychiatrist Carl Jung challenges this idea by asking who, precisely, is left to experience the atman/brahman if the ego has disappeared.

Ram Dass (born Richard Alpert) once responded to Jung’s challenge by arguing that Jung is apparently caught up in astral levels of reality associated with the fourth chakra (there are seven in total). Dass said Jung is too afraid to take the next step toward discovering ultimate reality.

Then he will no longer be able to do what he does as Carl Jung.*

In other words, Dass says Jung has dabbled a bit but is still stuck on the ego.

Noted for his apparent sincerity and publically stating his limitations, Ram Dass might no longer hold such a critical view of Jung today. And my guess is that Jung, if he had still been alive, would probably have responded to the challenge by suggesting that Dass’ ego is stuck at the level of identifying with a “guru archetype” and that he is afraid to move on for fear of losing what he is able to do as Ram Dass!

After all, it was Ram Dass who changed his name to fit with a new self-image, not Jung. So who’s identifying with what?

In any case, it seems that Campbell doesn’t really get the fullness of Christianity, especially its mystical aspect. He cites the Japanese Zen scholar D. T. Suzuki, who elsewhere says that to the aesthetically inclined Japanese mind, the image of a crucified God (i.e. Christ) is “distasteful.”* Campbell cites Suzuki’s take on Western spirituality as, “Man is against God, Nature is against God, and Man and Nature are against each other.”³

To me, this is a serious misrepresentation of Christianity.4 From a Catholic perspective, mankind cooperates with God, nature is appreciated as a glorious creation of God, and mankind is the steward of nature. As human beings, we are imperfect works in progress, so we inevitably fail to reach those ideals. But the Christian ideal is not to habitually accept our shortcomings but to continually strive to improve ourselves and our relationship with God.

¹ He writes, “By a shift of association, the subject learns to identify himself not with the son of the sun but with the sun itself, the Father witnessing the Son.” Huh? Did Campbell just imply that solar deities are the same as Christianity? I certainly would not agree with that.

² Indian philosophy, however, is far more complex than monism. Ramanuja, for instance, develops a form of monism that differs from Shankara’s. Ramanuja’s system of Visistadvaita is widely recognized as qualified monism. Specifically, Ramanuja challenges Sankara’s claim that only the Brahman is real and individuality is illusory (maya). For Ramanuja, the Brahman is real and beyond pain and suffering. However, individual souls (jivas) emerging from and ultimately resting within the Brahman are also real. See https://earthpages.wordpress.com/2017/05/05/ramanuja/

³ Oriental Mythology: The Masks of God. Penguin, 1976 (1962), p. 130. Today the term “Western spirituality” is roundly challenged and has generally fallen out of fashion.

4 Somewhat like Campbell, Suzuki writes numerous books about the Zen ideal of Satori, admitting he has never experienced it. Campbell himself said his greatest experience was in the Notre Dame Cathedral at Paris (destroyed by fire in April 2019). Ironic that a Catholic church turned Campbell the most, even though he repeatedly tries to water down Christianity by glossing details and nebulously merging it with many other paths.

* Asterisks indicate material I either read or heard on tape many years ago, around the time I was doing my Masters in India at Visva Bharati University. I have a pretty good idea where these two undocumented quotes are, and have been searching through my books. Unfortunately, the indexes for these books are not great. I will supply the info if and when I find it. Until then, I ask readers to trust that I don’t make stuff up.