Nirvana – What’s In A Name?


Nirvana (Pali = Nibbhana) is a Sanskrit term found mostly in Buddhism. It has been variously interpreted by different Buddhist schools and scholars, making its meaning difficult to pin down.

Generally speaking, Nirvana refers to a condition were all worldly desires are extinguished or literally “cooled by blowing.”

Buddhists believe our world is impermanent, essentially unreal and the cause of all suffering. The only way to annihilate suffering is to detach ourselves from worldly craving and wants. By doing so, we apparently avoid another earthly incarnation (see reincarnation).

Most schools of Buddhism take this idea one step further. Becoming enlightened (another concept with multiple meanings) not only necessitates ridding oneself of all ignorance about the apparent reality of our world but also involves letting go of the supposedly false idea that one possesses an essential, individual self.

For some Buddhists, enlightenment is an experience of “nothingness” or “emptiness” (Skt: sunyata). Other schools view enlightenment as a blissfully “full void,” the “essence of the Buddha” (Skt: dharma-kaya)  or “ultimate reality” (Skt: dharma-dhatu).

For those believing or having experienced God as Creator of a created reality (to include individual selves), the idea of Nirvana seems misguided. For these people, life isn’t about blotting out the bad to make room for an alleged ultimate bliss. Rather, life is about striving to serve God, seeking God’s will, and entering into a dynamic relationship with God.

Despite what some well-meaning folks may say, this is radically different approach from the Buddhist ideal. And from the perspective of my own personal experience, the numinous quality of God-relating vs. God-denying religions also differs. 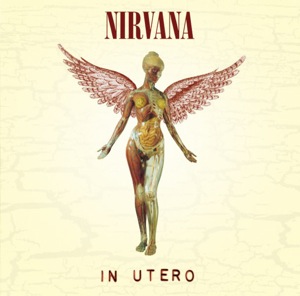 Nirvana, of course, is also the name of Kurt Cobain’s rock band popular in the early 1990s. I must admit, seeing a downtown billboard for Nirvana’s In Utero album just around the time when I was converting to Catholicism did not endear me to the band. I thought that Cobain and company were just plugging into the youthful trends of the day. Basically, Buddhism was cool and Catholicism was out back then.

Today, as my overall approach to world religions has mellowed, I can appreciate just how good Nirvana, the rock band, really were. In other words, even though I do not agree¹ with Buddhism’s view of ultimate reality, and do not equate arhats with angels, a name itself is not going to prevent me from giving a rock band a fair shot.

¹ I do, however, find the Buddhist notion of skandhas somewhat interesting.

A virtual reality tour takes you through the great Buddhist shrine that once existed in Amaravati (scroll.in)

Courtney Love Shares Tribute on What Would Have Been Kurt Cobain’s 51st Birthday: ‘God I Miss You’ (people.com)

The World’s Emptiest Airport Is a Red Flag (nextcity.org)

“The only things I’ve ever kept are photographs,” says John Pawson (dezeen.com)