Psychosis – Toward a humble, intelligent and ethically sound approach


Psychosis is usually described within psychology and psychiatry as a fundamental break with reality.

Current theories say this apparent break is caused by biological and environmental factors, resulting in a breakdown or disintegration of the personality where normal judgement is severely impaired or absent. The break can be non-violent or violent, temporary or permanent.

However, humanity has never reached absolute consensus on the topic of reality. And for anyone to suggest that they ‘know it all’ is misguided, grandiose and, in the case of some mental health workers, a naive political act.

Psychiatrists like R. D. Laing and Stanislav Grof emphasize not just the drawbacks but the transformational benefits that may arise after a so-called breakdown. Providing that a breakdown is properly treated, Laing goes as far to say we should think in terms of breakthrough instead of mere breakdown.

Breakdown is only the first stage in developing a greater sense of self, spirituality and wisdom.

As the old saying goes, we have to break an egg to make an omelette. Instead of trying to put a runny egg back into a broken shell, it is better to simply let the omelette cook. In other words, psychiatric treatments that try to resume former ways of being may help for a while. But hopefully a person moves on and learns how to make sense out of a dramatically different life experience and emergent worldview.

Laing’s position is worthy of consideration but most mental health workers point out that psychosis is no trivial matter and should not be glibly romanticized. People and those close to them suffer dearly. True, some individuals recover and flourish after a psychotic episode but others never really get better, even with positive family and social supports. They limp along on disability payments, looking forward to their evening pill that lessens their pain, fear or frightening hallucinations. Sadly, these pills also tend to dull the mind and, statistically speaking, have long term negative effects, to include early death.

A few anti-psychiatry writers at sites like Mad in America tend to overlook the possibility that some souls may never pass through their ordeal unscathed. Like ships dashed against the shoals in stormy weather, they sink or float shattered and aimless, never reaching the far shore of meaning and happiness.

This is a tragedy for non-violent souls. But for those inclined to violence, it can be so much more than mere personal tragedy. And to overlook this is not just foolish. It’s socially irresponsible.

So who’s right? The critics or the psychiatrists?

The vast majority of people on both sides of this debate have good intentions and something to say. It is unfortunate that little positive dialog exists between the two groups because neither, in my opinion, fully understands the human psyche in relation to all of creation.

What’s at stake here is the definition of health and normalcy, and how that affects people’s lives.

If a person deviates too far from social conventions, there is a risk of being scapegoated by so-called normals. If left unchecked, this unfair dynamic can contribute to even greater unhappiness, discomfort and instability. So mental health becomes not just a personal issue but part of a greater social, political and economic dynamic.

I add the economic dimension because not being able to “work” as currently framed in the 21st century conversation is a huge stroke against individuals trying to break out of the psychiatric name-calling game. Arguably a kind of bullying, name-calling turns a blind eye to the fact that non-violent ‘crazy’ people rarely make money while violent, organized criminals often do.

Social organizations that brand themselves as “friends” of those with mental health labels may inadvertently reinforce the stigma with the implied message:

Accept your label… take your meds… you’re doing so much better.

To my mind this is like telling a person of color:

Defining reality and normalcy is not just a philosophical riddle. Difficulties also arise in religion when discerning health and goodness from dysfunction and evil. For example, in the New Testament story some believe that Jesus Christ is insane or possessed by a demon:

Then Jesus entered a house, and again a crowd gathered, so that he and his disciples were not even able to eat. When his family heard about this, they went to take charge of him, for they said, “He is out of his mind.” And the teachers of the law who came down from Jerusalem said, “He is possessed by Beelzebub[a]! By the prince of demons he is driving out demons – Mark 3:20-22.

Christian believers see Jesus’ rebuking his accusers as a sign of his divine intelligence but some nonbelievers see Christ as an egomaniac:

So Jesus called them and spoke to them in parables: “How can Satan drive out Satan? If a kingdom is divided against itself, that kingdom cannot stand. If a house is divided against itself, that house cannot stand. And if Satan opposes himself and is divided, he cannot stand; his end has come. In fact, no one can enter a strong man’s house and carry off his possessions unless he first ties up the strong man. Then he can rob his house. I tell you the truth, all the sins and blasphemies of men will be forgiven them. But whoever blasphemes against the Holy Spirit will never be forgiven; he is guilty of an eternal sin.” He said this because they were saying, “He has an evil spirit.” – Mark 3: 23-30.

The belief that madness is caused by evil, possession by a demon or by God withdrawing favor was common in the ancient world. In prehistory we have archaeological evidence, circa 5000 BC, of holes drilled in skulls, presumably to release evil spirits that tormented the insane or those perceived as such.²

Today, many Christians of different denominations still believe that Satan wants to enslave victims in a psychological, social and spiritual hell. Not just in the next world, but now.

The Catholic clergy still perform exorcisms but also recommend psychiatry for mental discomfort. Adding to the ambiguity, the whole idea of spirituality varies from person to person.³

To further complicate things, many intelligent people believe that the idea of normality is a farce or illusion—a by-product of the most effective media spin.

The trouble with normal is it always gets worse.4

Not surprisingly, the relation between psychiatry and laws concerning individual rights and freedoms differ among countries and regions. In Russia we see a long history of political abuses involving psychiatry. That is, those who rub the Big Cheese the wrong way get locked up. But this isn’t just a Russian problem. Subtler kinds of psychiatry-based oppression and marginalization take place in North America and around the world.

So who can really say what’s normal and real? It almost seems like small or crafty minds try to fit everything into their own perspective. A perspective they are comfortable with.

But the fullness of life is rarely like that. Life changes and evolves. And it’s high time we realize this.

¹ Unlike some mainstream media outlets, I don’t wish to reinforce harmful words by indicating with a single letter. Please fill in the gap.

² This is a huge presumption. Our prehistoric ancestors might simply have thought the skull was too tight and were trying to relieve pressure, like letting air out of over-inflated tires. Point is, we cannot know.

For more historical info see my highlights at LINER (scroll down)

‘I feel like I’m going crazy:’ Migrants in Greece are attempting suicide and suffering from other mental health issues at alarming rates (businessinsider.com)

Why We’ve Been Thinking About Madness All Wrong: A Conversation With David Dobbs (psmag.com) 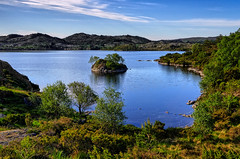 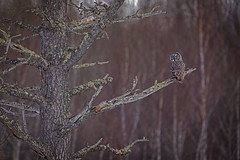 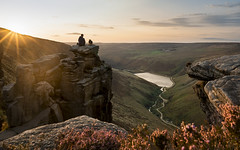