Radha – From milkmaid to goddess 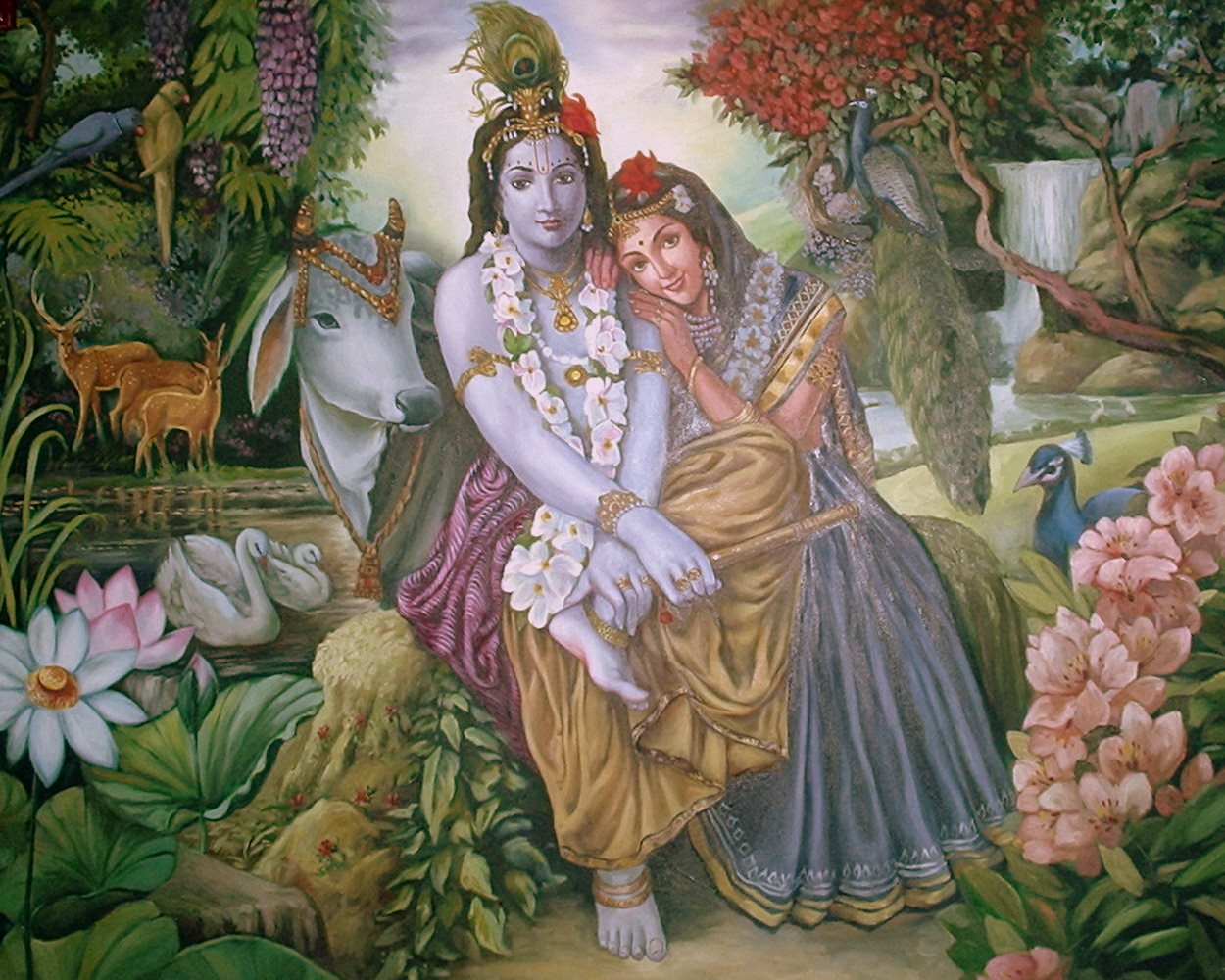 In Hinduism Radha (Sanskrit = fortunate or successful) is an incarnation of the goddess Lakshmi. She appears on Earth as the female ghopi (cowherdess and milkmaid) who leaves her husband to become the playmate of the Hindu god Krishna.

Her loving and playful relationship with Krishna has become an integral part of the Indian popular imagination, comparable to Romeo and Juliet had Shakespeare not written a tragedy.

Radha is also interpreted on a higher, mystical level, symbolizing the soul‘s loving surrender to God. Contemporary Vaishnava religion in W. Bengal regards Radha as the ultimate female principle, the Goddess or Shakti.

While writing this I couldn’t help but note a loose parallel to Mary, the mother of Jesus. According to the Bible story, Mary was a humble teenager soon to be married to a carpenter (Joseph). Like Radha, she got a divine call. But she didn’t leave her husband nor humanity immediately to dance in the ethereal realms with God. Instead, she stayed on Earth and lived a real, difficult life, to the extent of watching her human/divine son die at the hands of some of the Jews and occupying Romans. Only after that terrible ordeal do both ascend to be with God.

An image like Radha dancing with Krishna in astral realms might be appealing to some wanting to sugarcoat or, perhaps, escape the world as quickly and easily as possible. But for those who believe that salvation comes from going through not only the joys but also the grind of life, the Christian story, as lamentable as it can be, may seem a bit more real.