Siva or Shiva (Skt: kind, friendly) is a major Hindu god who, according to the dominant theory, evolved out of the mythology of the conquering Aryans in the Indian sub-continent.¹

A bit of a latecomer, Siva nevertheless replaced the earlier Vedic storm god Rudra by becoming part the Hindu Trimurti of Brahma, Visnu and Siva.

In popular folk mythology, Brahma is said to have created the universe, Visnu preserves it and Siva, through his cosmic dance, destroys it. But this is only a general outline, for Siva first created Brahma and Visnu. And instead of merely destroying, Siva also regulates the universe.

In an incident with the Pine Forest Sages, Siva breaks the reclusive sages’ excessive meditation by literally seducing their wives. By sexually enticing their wives, Siva intentionally angers the Sages, disrupts their meditation and diffuses their excessive spiritual power. Otherwise, the tapas (Skt: heat, or spiritual force) generated by the sages’ prolonged and intense concentration would have disrupted the cosmic balance.² So in a sense, we see Siva behaving as something of a trickster.

However, Siva is not only a trickster.

With his third eye, depicted vertically on his forehead, he emits deadly rays of fire, not unlike the ‘phasers’ of Star Trek or the energy beams generated by Marvel’s Tony Stark / Iron Man. Siva’s death ray incinerates demonic opponents residing in highly volatile spiritual realms.

Siva is often depicted in temple carvings ityaphallically (with erect phallus). His linga (Skt: phallus) symbolizes his control over his divine creative power, just as in Hinduism the female yoni (Skt: vagina) represents the cosmic source or life-giving aspects of the divinity.

Siva also rides the sacred bull, Nandi. And he has a blue throat from partially ingesting poison, which otherwise would have destroyed the universe.

His wife is Parvati and he’s said to reside at Mt. Kailasa in the Himalayas.

In Hindu devotional cults and Western popular spiritualism, Siva is, perhaps uncritically, identified with supposedly “active male” energy that must be united with the Shakti – “passive female” energy – to effect a union of these complementary cosmic energies within an given individual or couple—that is, balancing the Shiva-Shakti.

To some, this way of thinking is nothing more than archetypal stereotypes, rank with sexist connotations.³ To others, it represents sublime truths accessibly only to those spiritually “advanced” enough to appreciate them. And to others, the entire Hindu pantheon is suspect as some kind of devilish manifestation.4

¹ The fact that the Aryan invasion theory has been disputed and continues to be debated complicates the picture, as with most mythological and religious issues. https://goo.gl/MWzrTX

² Most of my academic understanding of the Siva myths comes from the outstanding Indologist, Wendy Doniger. See https://goo.gl/eS6khx

³ Professor Naomi Goldenberg has critiqued what she sees as archetypal sexism in work of C. G. Jung.

Naomi R. Goldenberg, after reviewing Jung’s idea of archetypes as disembodied Platonic forms and on the damage done to women by the mind-body dichotomy, suggests that “feminist theory radically depart from the Jungian archetype [and] from all systems of thought that posit transcendent, superhuman deities.” See https://en.wikipedia.org/wiki/Jungian_interpretation_of_religion 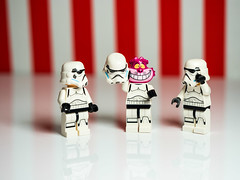 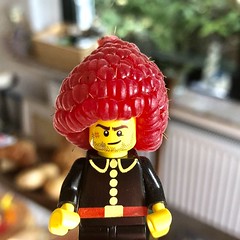 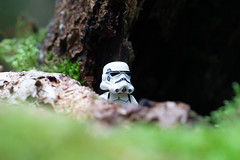 The Art of Blogging
I am Jessica