The Big Bang theory is a popular scientific theory but by no means a proven fact about the development of the universe.

The Big Bang theory suggests that a massive cosmic explosion took place about 14 to 20 billion years ago, out of which our known universe expanded and developed.

The theory does not account for how the matter/energy required for the hypothesized explosion got there in the first place. Nor does it account for the high degree of specialization and structure found in life that theologians say points to an intelligent designer (i.e. God).

The Big Bang theory is not, as some believe, an adequate replacement for theologically-based creation stories. The Big Bang is nothing more or less than a scientific theory that has captured the imagination of many people.

Not everyone is aware of the fact that many scientists are critical of the Big Bang. The discussion can get pretty technical, so I’ll just outline three leading links for those interested:

The idea of the Big Bang Theory is so popular that it’s not surprising that a hit TV show goes by the same name. IMBD.com sums up the TV show as follows:

A woman who moves into an apartment across the hall from two brilliant but socially awkward physicists shows them how little they know about life outside of the laboratory. 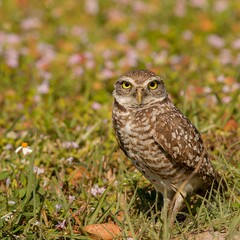